Permanent link to this page Wallpaper Clock is a bash script that builds a wallpaper from bundle of images and makes it your desktop background.

A Tumblr client. Made with Ruby and Gtk2.

Defunct. After Tumblr have switched to a new API, I have already lost my interest to it. Source files available on GitHub, if you want to pick up the development. 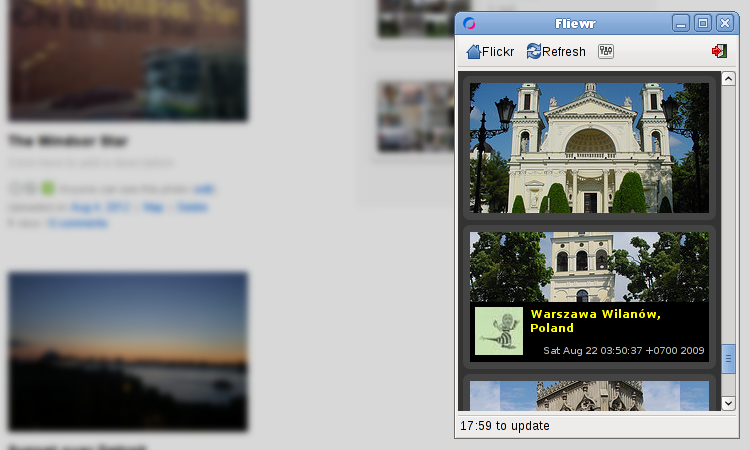 Defunct. Flickr was acquired by Yahoo and things started to change. After another API switching this app lost its compatibility. Ruby Gtk dropped MozEmbed so I rewriting look too tideous. I let it sink.

De-gibberish tool for Cyrillic messages. Made with Ruby, Gtk+. 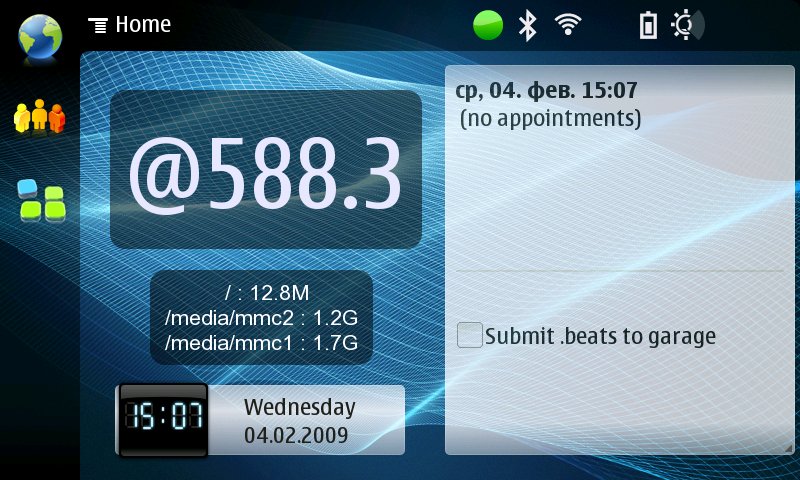 There are several applications written by me to support the brilliant idea of the global decimal time. Feel free to use these application to implement the concept of the Internet Time on a web site, a desktop computer or a gadget.

My ebuilds for miscellaneous packages in their alternative versions, or non-existent in the official portage tree of Gentoo GNU/Linux.